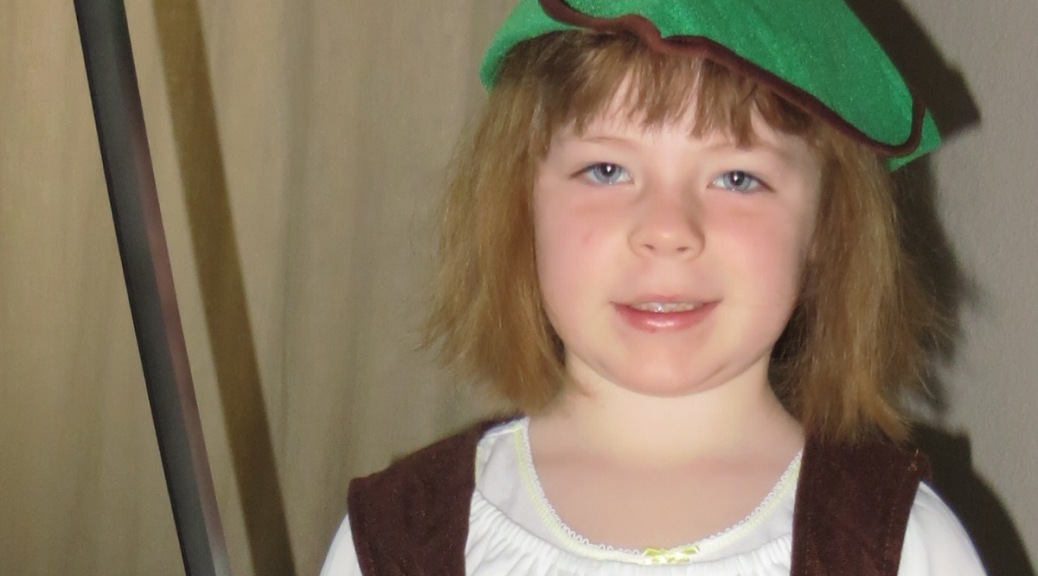 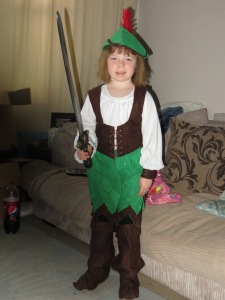 Every day is pretty much World Book Day in our house as we all love a good book, especially Isabelle.

Iz was excited to learn that at school they were able to go dressed up as their favourite character from a book, off her own back (with absolutely no direction from me) she chose Robin Hood.

Heralding from not just Nottinghamshire, but just outside Sherwood Forest*, and having once worked at The World of Robin Hood tourist attraction and starred as the hooded man himself in my final project film at uni I was more than a little pleased.

She has a sword but we’ve wisely kept that at home and staff at school applauded her for  not dressing up as a princess as she rocked up to breakfast club where she joined Captain America, Luke Skywalker, Tigger, a Zombie Ballerina (?) and Paddington…not sure he was eating marmalade sandwiches though.

Iz likes her Disney’s Robin hood film, and she’s shown her affinity for the outlaw from the very beginning, from aping his actions to that all important first visit to Sherwood Forest.

She had no chance really to be fair, but with that that love of Robin Hood proudly passed down (I blame my mum) perhaps I’ll have to pen a sequel to my own film, perhaps this time something like Robin Hood’s Daughter?

She’d be joining that great pantheon of Robin Hoods from Errol Flynn to Kevin Costner, Sean Connery to Michael Praed and er Keith Chegwin. Find out more about past screen Robin Hoods in my article ‘Hood do you think you are?’.

Either way she’ll always be our Princess of Thieves.

*On holiday my dad always said that we lived in Sherwood Forest which always made it sound like we lived in the actual trees or something!