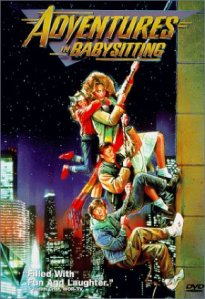 Now obviously I’m fully aware that whilst I’m out at work Sarah isn’t sat at home with Isabelle watching Jeremy Kyle or Homes Under the Hammer, far from it I know. But I still don’t think I really fully appreciated how compromised she is by having Isabelle around, I did however find out when I turned ‘Mr Mom’ for the day whilst Sarah and her mum ventured into London to watch Billy Elliot, more on that later.

Sarah’s home alone (I don’t mean she has to foil the wet bandits on a continuous daily basis) much of the week but this was pretty much my first proper experience of it on my lonesome and although I thought I knew what to expect it was something of an eye opener.

In times of old when you had a day off the time was pretty much your own but all that is changed, I even found surfing and emailing on a netbook compromised, typing one handed and taking several hours to write or research something that would have normally taken a couple of minutes.

The thing that struck me the most was that although I had the whole flat to myself I was pretty much quarantined to the living room which acted as base camp with visits to the kitchen to get another bottle of milk from the fridge and heat Isabelle’s bottle, all whilst juggling Isabelle in my arms.

The only other room ventured into was Isabelle’s room to get her nappy changed after feeding, so pretty much 50% of my day was spent feeding, burping and changing and the rest entertaining and stimulating through play and of course those all essential cuddles.

I can certainly see why some people go a little stir crazy with the routine, especially if it is day in and day out and don’t get any help or change from the routine by visiting family, local baby groups or just getting out of those four walls.

I think the thing that concerned me, and I know this is really stupid, was what on earth to I do if I need the loo? Do I have to take Isabelle in there and sit her with me? She’s rolling right over now so it’s not as if I can leave her in her nest on the sofa! Of course the rational me didn’t think about her little rocking chair.

Back to Billy Elliot for a moment. Ironically my worry for Sarah and her mum was far greater than my loo worries as they were heading up to London by coach extremely near to the rioting taking place in Parliament Square and it did seem to flare up every so often and made you wonder when and where it was going to end and what was going to happen next, especially with fires being started and police horses sent charging in, which along with police lines being broken down the very street Billy Elliot was playing made the live helicopter shots look like something out of the miner’s strike meets Planet of the Apes.

I had this vision of the coach somehow being caught up in events and it being rocked, battered and ending up like that bus at the end of that late70s Clint Eastwood film, The Gauntlet, so I stayed tuned in so I could report on anything untoward kicking off. Turns out the coach was fine but as a footnote Charles and Camilla’s car was attacked on the way to the Royal Variety Performance, so a senseless attack wasn’t totally out of the question.

Later on in the day Sarah’s dad joined me at the flat for a spot of food which gave me that breather from the living room, playing that role I normally play when I come in from work I guess, and it was amazing what a difference one extra pairs of eyes can make, now meaning that it was far easier to wash pots, feed the dog and generally do little chores that you pretty much take for granted.

When I went back to work a part of me was jealous of Sarah and all that time she gets to spend with Isabelle and seeing those first smiles, those gurgles and those little nuances that at the moment can change pretty much everyday, and part of me still is as I loved just spending time pretty much was watching Isabelle and making her smile. All that kind of cancels out the little tantrums, the interesting coloured nappies, the being awake when she should really, really be asleep.

Of course, Sarah gets out and gets to do loads with Isabelle but I think it’s those days when you are invariably stuck inside, just the two of you, that the cabin fever can easily set in. I for one have oodles more respect, not that I didn’t have an enormous sack of it before, for Sarah and indeed all mum and dad kind who do the same thing day in and day out.

Next time I get back in from a long day at ‘the office’ and am handed Isabelle as soon as I get in, which is great by the way, I can now appreciate why my coming home isn’t just a welcome sight to Isabelle, swinging, rocking and smiling away, but also one to Sarah.

I’ll be back for more flying solo exploits at home of course and Isabelle is ever changing which will no doubt bring new challenges, the next thing to crack is me hitting town with my daughter, now that really will be a challenge. I know where all the baby changing facilities are so I’m already formulating my epic route.

And did I enter the obligatory This Morning competition to win enough money to clear the mortgage? Of course I did, it’s the done thing!